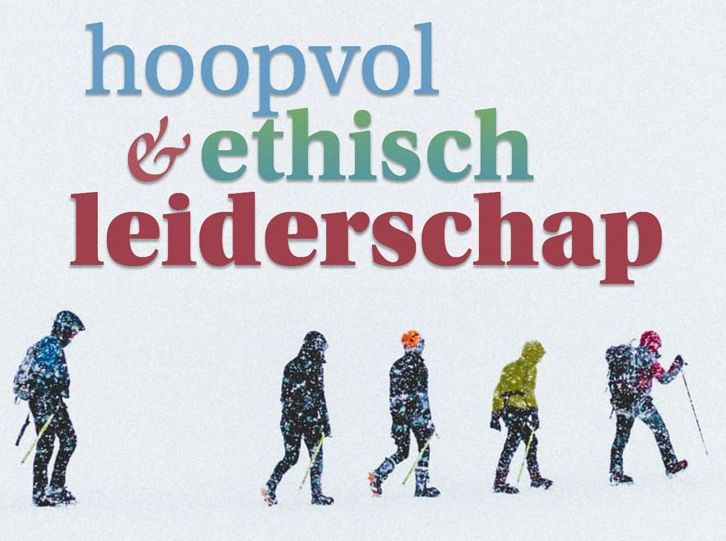 (This is a shortened version of the presentation given by Steven van den Heuvel on May 26, 2021 during the online webinar on hopeful leadership)

There has been a lot of attention paid to the concept of hope in recent decades, not only by scientists, but also in companies. There are good reasons for this; the degree of hope, both individually and collectively, has a clear impact on employee satisfaction and productivity, as well as creativity. That makes hopeful leadership – aimed at stimulating and increasing the hope of followers – all the more relevant. In this blog, three elements of hope are discussed.

Hope as the Formulation of Goals

To begin with hope as the art of goal formulation. This approach is primarily instrumental – it is about harnessing the motivational power of hope to the fullest. Here, hope is seen primarily as a rational, cognitive process, consisting of two parts. The first part is to formulate the goals we want to achieve; the trick here is to formulate goals that are ambitious yet achievable. The second part consists of determining ways to get to that goal; here the crux is to recognize that a goal can often be achieved in more than one way – this allows room for creativity.

The focus on hope as a cognitive activity also leads to concrete tools for Human Resource Management. You can teach employees to set realistic goals through simple exercises. And also the recognition that there can be multiple paths to a goal has concrete implications for management style; it implies that it can be rewarding to give employees freedom in the way they complete their tasks, rather than insisting on fixed work processes.

At the same time, hope is more than just the formulation of rational goals; the phenomenon has crucial other dimensions, especially in the context of hopeful leadership. An organization is more than just a collection of people pursuing individual goals. An organization also has an individual-transcending uniqueness, an identity that is expressed in a corporate culture. This culture is shaped by specific stories, nurtured by the past and looking to the future. ‘Hope’, in the context of organizations, is not just about how employees achieve individual goals, but also how the goals and values of the organization as a social organism are shaped.

This calls for a broader approach to hopeful leadership. But not only the context of organizations demands this – an analysis of the phenomenon of hope itself also demands a more comprehensive approach than an individual one; for hope is not just an individual matter, but a social phenomenon through and through. Our research has shown that there is a connection between how hopeful people are and the quality of the social network they are in. Put more simply, people with broader and deeper social lives have more hope, and vice versa.

Hope as a Value-oriented Phenomenon

There is a third and important dimension of hope in the context of leadership and that is ‘meaning hope’; this is the recognition that hope is closely tied to what we value. This is about how hope is related to our life or religious beliefs.

It is precisely this connection that has received much attention in the history of thinking about hope. However, due to the processes of neo-liberalization and secularization, this dimension of meaning has also been neglected for a long time in our Western societies. However, a new openness has emerged towards individual value perception; millennials in particular are seeking a new connection between their personal value framework and their work and other activities. This fits the fourth industrial revolution in which values such as inclusiveness and humanity are central. These values ground and color the hope of people in organizations; thus, recognizing them is critical, for good hopeful leadership.

Recognizing the importance of this meaning dimension has two implications for hopeful leadership. First, it implies that leaders need to start the conversation about the values that an organization should be focused on. This is not about leaders defining and then promulgating those values; rather, it is about them acting as guides in a collaborative process of defining those values and thinking through their implications for the organization’s goals and processes.

In summary, we find that hope is a crucial human motivation and plays a distinct role in leadership processes. The success of leaders depends to a large extent on the extent to which they can influence the hope of their followers. In doing so, it is important to keep an eye on the different elements of hope.